Start of a New Age in Physics 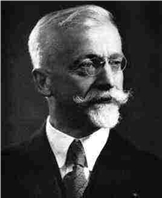 Start of a New Age in Physics?

[original German article to be published online at: http://www.borderlands.de/inet.jrnl.php3]

Although physicists have struggled in vain for over a half-century to encompass all natural forces within a unified theory, chemical physicist Myron W. Evans has now succeeded. Based on the fundamental insights of Albert Einstein and Elie Cartan, Evans’ theory takes the geometry of space-time itself as the origin of all forces of Nature. As Einstein attributed gravitation to the curvature of space-time, the new theory attributes electromagnetism to the torsion or twisting of space-time. The possibility of reciprocal interactions between gravitation and electromagnetism -- which possibility is denied in current mainstream physics -- leads to predictions of new physical effects which could be used to produce power and energy from space-time.

For centuries, physicists and philosophers sought a unified description of all phenomena of Nature. We know today that the world at the sub-microscopic quantum scale behaves very differently than our familiar macroscopic experience. In particular, theories of gravitation have been irreconcilable with quantum theory. Therefore, one expects that, if gravitation could be unified with quantum theory, wholly new insights would result. It now appears that this unification has been achieved, but not in the manner expected by previous generations of scientists. This unification predicts fundamental new effects – for example, the production of energy (or power) without need for input of other primary energy. This prediction, among others, is creating great interest in professional and scientific circles. We now review the origins of this unification.

Albert Einstein in 1915 published a theory of the gravitational interaction; he called this the theory of General Relativity, and today it provides the basis for our understanding and exploration of the cosmos at large. In 1905, Einstein had already produced the theory of Special Relativity, which rests upon the well-known postulate of “constancy of the speed of light“ in vacuum. During the last thirty years of his life, Einstein looked for a still more comprehensive unified theory which could cover all known natural forces. He spent the years from approximately 1925 to 1955 in this search, but did not reach his desired goal. Since the discovery of quantum mechanics in the 1920’s, the majority of physicists busied themselves with this, and not with General Relativity. The fact that quantum mechanics is consistent only with Special Relativity, but not with General Relativity, was overlooked or ignored. In addition, while quantum mechanics is successful in describing the electron sheath of atoms; it is not a suitable theory for the high mass-densities which occur within atomic nuclei.

Other notable progress toward unified theory in the 20th century consisted of a unification of electromagnetism with the weak nuclear force, via an extension of the formalism of quantummechanics. Gravitation has remained, until today, outside the Standard Model of particle physics.

Elie Cartan is less well-known than Einstein. He was a French mathematician who exchanged ideas with Einstein concerning many details of General Relativity. Cartan’s original insight was that electromagnetism could be derived, via differential geometry, from the geometry of space-time – more or less in parallel with Einstein’s insight that gravitation could be derived from space-time geometry.

A successful unification, however, was not achieved by Cartan and/or Einstein. The unification was finally achieved in the year 2003 by Myron Evans who, trained as a chemical physicist, brought fresh insight to the problem. Evans held several academic professorships in England and the USA, before he was forced to withdraw because of his unorthodox views, and he now works as a “private researcher“ in his homeland of Wales. From there, he conducts the “Alpha Institute for Advanced Study“ (AIAS), which presents his ideas to the public as a world-wide team or working-group. A popular-scientific presentation is in [3]. Recently concentrating its work on energy production from the vacuum -- a topic which established science avoids – the AIAS website generates large interest, as shown by the steady increase in web-page statistics on the AIAS site [4]. Many well-known universities and research establishments world-wide have visited these pages.

To understand the importance of unification, one must start with knowledge of the quantities being unified. It is widely accepted in physics that all interactions in Nature are manifestations of four fundamental forces. . We characterize these briefly as follows:

1. The seemingly separate force-fields generated by electrostatic charge and magnetism were united in the 19th century, largely by Maxwell, into what is now called electromagnetism, or the electromagnetic field.

2. The weak nuclear force is responsible for radioactive decay. According to the Standard Model of elementary particle physics, the weak interaction is mediated by the W- and Z-bosons, which are “virtual particles“. Neutrinos also are known to be involved in the weak interaction. It has been shown that the weak force is essentially the same as electromagnetism at very high energies. Thus, these two forces are said to be “already united“.

3. The strong nuclear force holds protons and neutrons together. It is carried by gluons and quarks in combination, although direct experimental proof of their existence was not achieved until recently.

4. Gravitation is the fourth fundamental force, but it does not fit with the theoretical picture of the other three, since it is regarded (after Einstein's General Relativity theory) as the curvature of space-time, which does not correspond to a classical force term. On the other hand, General Relativity today has been well-tested experimentally, so that nobody doubts its validity.

If a unified description and formalism could be given for these four very different forces, many new theoretical insights and practical applications would result. In addition, mutuallyreciprocal interactions -- which today’s mainstream physics does not recognize -- could then be predicted and used. As we will see later, such interactions open new possibilities for power generation. In view of the urgent global energy crisis, this might be the most important application of such a unification.

The first three fundamental forces concern quantum physics (the world “in the small“), while the fourth force (gravitation) applies on all scales, including cosmic orders of magnitude. Therefore, the underlying fundamental problem is to unify General Relativity with quantum mechanics. Conventional science has explored essentially three different pathways which might achieve this result:

1. Bringing general relativity into quantum physics. The insurmountable difficulty here is that time in quantum physics is treated as a unique continuous parameter, which is incommensurate with the quantized coordinates of distance (or spatial displacement).

2. Quantization of General Relativity. But the mathematical formalism for this approach is thus far inconclusive, and unable to make reference to experimental tests.

3. Invention of a totally new theory, from which the others follow. The various “string theories” are examples, but they require un-physical high-dimensional spaces (N>10), and have not produced testable predictions.

The solution comes, surprisingly, in an unexpected way. By extending the Einstein theory along the lines first suggested by Cartan, Evans shows that all four fundamental forces are derivable from one extended theory. This represents the long-sought Unified Field Theory. Evans’ approach does not exactly follow any of the three above-mentioned pathways, although it is closest to the third one in the list.

To understand the basis of Evans’ theory, we must review the starting-point of Einstein’s relativity theory. Einstein postulated that the presence of a massive body or an energy distribution in space (which are really interchangeable, according to the famous formula E=mc2) changes the geometry of space. Viewed from right-angles within a Euclidean coordinate system, it “creates” a curvature of space (or, more accurately, space-time). One can write this directly as a formula:

In which R designates the (tensor of) curvature, T the (tensor of) energy-momentum density, and k is a proportionality constant. The left side of this formula is geometry, the right side is physics. Einstein thus used the geometry of curvilinear coordinates, which goes back to the mathematician Riemann. This formula implies that space-time (i.e. the three space coordinates, and time as the fourth coordinate) is a 4-dimensional continuum (or manifold) whose curvature we perceive as a force (namely gravitation).